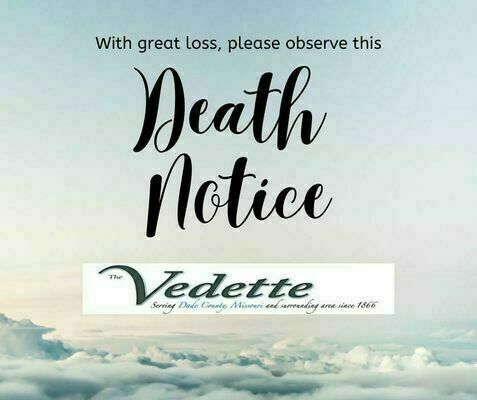 Lamar and Golden City, Missouri and on August 14, 1980, he married the love of his life, Mary

He is survived by his wife Renee; son Patrick Pennell (Caroline Jones) of Rural Greenfield, Missouri,

He is preceded in death by his parents; daughter Ravin Pennell; and infant siblings Darrell and

Konantz Warden Funeral Home in Lamar. A funeral service will be held at the funeral home on

Backroads of So Greenfield