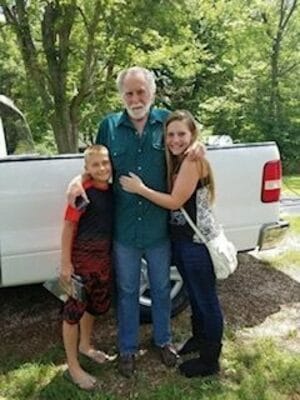 Stephen Leroy Durden passed from this life the same way he lived it, he hung on until he was good and ready to let go. His passing on November 8, 2022 came as a shock to his friends and loved ones. He fought until the last breath.

Steve was born November 22, 1951 to Joseph Cleo Durden and Flora Irene Phillips Durden in Springfield, Missouri. He graduated from Central High School in 1969. He was employed as a heavy equipment mechanic and a truck driver for most of his life until his illness forced him to retire. He was no stranger to hard work, often holding down two jobs at once.

There was no place Steve enjoyed more than the outdoors. While his health allowed, he spent his time on riverbanks and lake shores with a fishing pole in his hands. He found freedom tearing down the open road on his motorcycle or across Stockton Lake in his boat. When his health began to place limits on his freedom, he took to sitting outside as much as the weather allowed.

Final arrangements have been handled by Herman H. Lohmeyer Funeral Home in Springfield, Missouri. A Celebration of Life will be held at a later date for family and close friends.