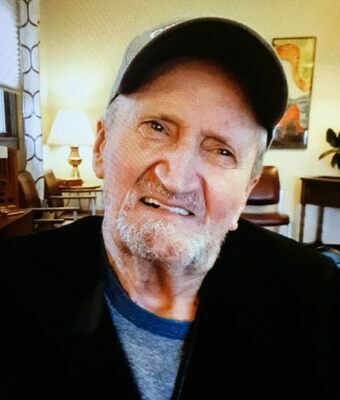 Gary Wayne Marshall, of the Pennsboro community south of Greenfield, Missouri, departed this life at the age of 81. He was called to be with his Lord and Savior on Monday, August 22, 2022, at his home.

Wayne was born September 29, 1940, near Pennsboro, Missouri to John Higgins Marshall and Anna “Maxine” Long Marshall. He grew up on the family farm and attended Pennsboro Elementary school where he graduated 8th grade. He attended Greenfield High School, graduating in 1958, and attended University of Missouri in Columbia for one year.

In 1960, he moved back to Greenfield and married his high school sweetheart, Marilyn Hurt. At that time, he began working at the MFA store in Miller, Missouri. He worked at the meat department and delivered food. In 1963, he began working for the Missouri State Highway Department where he ran a grader and mowed right- of-ways. He and others installed all the road signs by hand in Dade and Cedar County, some are probably still standing - a good remembrance when you see a road sign as you drive through the countryside.

In the 70’s, Wayne ran a bulldozer and grader for Lack Bros. Construction. Then in the 80’s, he farmed and raised cattle and did custom combining. He also ran a feed store in Greenfield. His entrepreneurial spirt led him to begin his own trucking and brokerage service business. It involved heavy equipment and custom farming focusing on fescue seed, wheat, soybeans, and hay. Later in 1985, he went to work for Dupont Explosives and was a supervisor for their mixing plant. He retired in 1991.

After his retirement, Wayne continued to work at what he loved which was spending time on a bulldozer. Wayne loved working the land, taking something good and trying to make it better. He loved machinery and shaping the land, building waterways and ponds for farmers.

Wayne accepted Jesus Christ and was baptized at the age of 12. He continued his devotion for Jesus and attended church at Patten Chapel early in his life and later attended the Pennsboro Church where he developed many lifelong friends.

Wayne enjoyed many activities. He enjoyed tractor pulling with his custom-built Massey Harris called Hee-Haw. Later in life, he spent a lot of time listening to western books, making new friends, visiting with all his many friends and planning where his next meal would be and who would be with him. He loved spending time with his family and grandchildren. He enjoyed telling stories from the past and sharing his lifelong motto, “If you’re going to take the time to do something, do it right”.

A celebration of life and remembrance will be held at the Pennsboro Church on Saturday, September 10, 2022, between 2-4 p.m. (Come as you are/casual.) Pennsboro Church is located on Hwy 39 in Pennsboro between Miller and South Greenfield, Missouri.

Memorial contributions may be made to the Pennsboro Community Building where Wayne attended elementary school. Contributions can be made through the Greenfield Funeral Chapel, 61 N. Allison, Greenfield, MO 65661 (417-637-5317) https://www.greenfieldfuneralchapel.com.