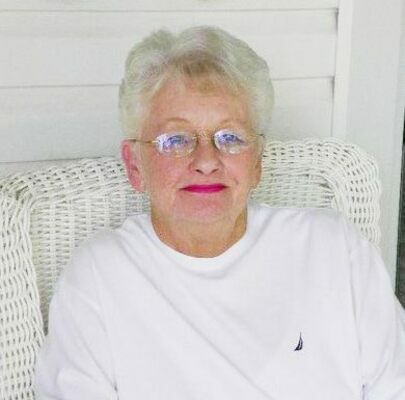 Beth was born August 8, 1941 to Mark and Frances Plumb in Everton, Missouri. She was the third child of four to be born to this marriage. Her early life was spent in Everton and Greenfield, Missouri. She graduated from Greenfield High School in 1959.

As a homemaker, Beth kept an immaculate house, where it was said you could eat off the floor. Saturday mornings were spent making the home spotless, before any other activities or fun were had. She was adept at keeping her family looking sharp, with the whitest of whites, and firmly pressed shirts, shorts, pants, t-shirts, and rumored to include underwear. Her preference for perfectly white shoes was known to all she met. It was often better to buy new shoes before visiting Beth so that she didn’t critique or try to clean yours up. The makers of fabric starch, bleach, and shoe polish were fortunate to have Beth as one of their best customers.

Although Beth was not tall in stature, no one would mistake her might when it came to expressing her opinion, or her work ethic. She was usually ‘The Boss’ in all the offices where she worked, keeping everyone else in line. Even the doctors that she worked with had a healthy respect, and perhaps fear, of doing something that got them on her bad side.

Following retirement in 2007, Beth moved back to Greenfield with Jay, and her sister, Sheila. They resided in the same home where her parents had lived. Beth became active in the community as a member of the First Christian Church and the Greenfield City Council. She remained in Greenfield for a short time after the passing of the love of her life, Jay, in 2016. She then moved to Kansas City to be closer to her daughter, Kim.

Online condolences may be shared at www.greenfieldfuneralchapel.com.