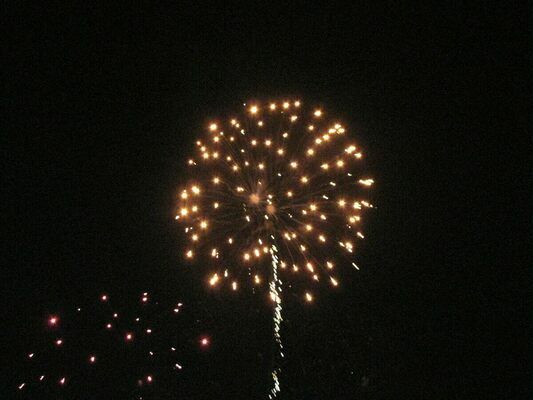 When setting off fireworks as part of Independence Day celebrations, checking into local ordinances regarding when the lighting of such explosive products is allowed might be a good idea. Here are some from the area.

In Greenfield, fireworks can be discharged within the city limits through July 4, ending at 10 p.m. each day (as of June 29).

In Lockwood, fireworks can be discharged within the city limits on July 3-5, from 10 a.m.-10 p.m. each day. As safety measures, bottle rockets have previously been banned, as has been the discharging of fireworks by minors under 17 years of age.

Miller’s most recent ordinance allowed fireworks to be discharged last year until midnight on July 2-3, but ending at 10 p.m. on July 4.

The city of Everton last year adopted an ordinance regarding the discharge of fireworks, with the activity allowed from June 27 through July 10, ending at 10 p.m., except for on July 4 when the stop time extended to midnight.

Walnut Grove retains perhaps the most restrictive ordinance among area municipalities, allowing the discharge of fireworks within city limits from midnight to midnight on July 4 only.

Ash Grove has previously allowed the discharge of fireworks by residents on their own property from June 28 through July 7, ending at 10 p.m., except for on July 4 when the stop time is extended to midnight.

The various area emergency response and law enforcement agencies encourage residents participating in the use of fireworks to do so as safely as possible, as bodily injuries and property damage from fireworks at this time of year are not uncommon.