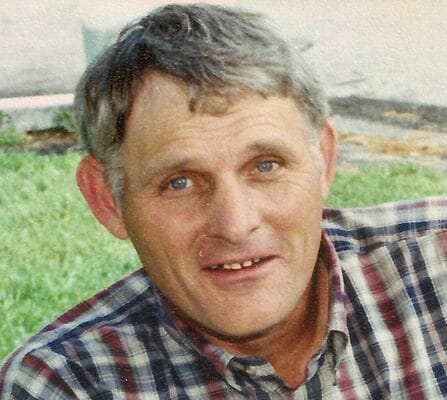 Kem Taylor Price, of Lockwood, Missouri, passed from this life into eternity on Wednesday, June 15th, 2022, at the age of 70. He passed away at Citizen’s Memorial Hospital in Bolivar after a brief illness, ready to run with his glorified body to meet Jesus.

Kem was born at St. John’s Hospital in Springfield, Missouri on November 27, 1951, to Howard and Virginia (Thompson) Price. He grew up in Bear Creek on the farm where his grandparents and then parents lived.

Life for Kem took a painful turn just before his second birthday. On Halloween day his family was visiting his Uncle Earl D. Thompson and Aunt Donna in Sedalia. Kem kept falling down in an unusual way, and his uncle speculated that he might have polio. Uncle Earl rushed him to the hospital in Springfield, where it was confirmed that Kem indeed had polio. This happened shortly before the polio vaccine became available. The doctors were able to stop the polio just before it reached Kem’s chest, which would have resulted in him having to be placed in an iron lung. Kem was treated at the Polio Cottage in Springfield, where he was the youngest patient at that time. Even though Kem was spared from an iron lung, the polio devastated his body, especially his legs and spine. Many operations over the next several years tried to correct the damage to his body. In about the third grade, Kem wore a body cast for an extended period of time.
Kem spent his early educational years at Bear Creek Elementary School. His mom worked there, so Kem got to see her not only at home, but at school every day. Growing up, Kem attended the Stockton Christian Church with his family. At the age of eleven he surrendered his life to Jesus and was baptized.
During his teenage years, Kem went to Stockton High School, where he actively participated in Future Farmers of America, student council, and choir. Kem even played freshman basketball for the Stockton Tigers.

During the summer months, Kem and his older brother Steve occasionally worked for family friends, King and Juanita Engleman. After completing their work, Kem and Steve would play baseball with their son, Gary.

One year, Kem was tasked with getting the Christmas tree for the Stockton Christian Church. He and Debbie Rutledge ended up finding the perfect tree, which, when placed in the sanctuary, was bigger and uglier than originally envisioned. In 1969, Kem graduated from Stockton High School sixth in his senior class.
Kem went to college at the University of Missouri - Columbia, where he majored in Agricultural Economics. He was a member of the Alpha Gamma Sigma fraternity, serving as vice president during his junior year. Kem’s involvement on the UMC Dairy Judging Team allowed him to travel to San Francisco to compete in the 50th Collegiate Dairy Products Evaluation Contest.
Kem also spent his college free time cleaning animal stalls at the sale barn on the UMC campus. In addition, Kem attended Christian Campus House gatherings while at Mizzou. In 1973, Kem graduated from MU with a Bachelor of Science degree in Ag Econ.

After college, Kem was hired by Ozark Production Credit Association, where he worked overseeing PCA business in Lawrence, Dade, and Barton counties as an assistant vice president. Just before he started working in the Greenfield office, Kem attended a Good Twins concert at the Arcola Christian Church. There he met the woman who would be his office secretary in Greenfield. That woman, Ila Sue Brooks, would later become his wife.

After five years, Kem resigned from his position with PCA to raise registered Chester White hogs with his brother Steve at the farm near Bear Creek. During that period of his life, Kem traveled to many cities around the country, attending hog sales and delivering his prized Chester White hogs.

It was also during this time in his life that Kem eloped with Ila to Tulsa, Oklahoma where they were mar,ried on July 20, 1980. The wedding took place after the Sunday evening church service and was officiated by Hershel Martin, a former minister at Stockton Christian Church. Ronnie and Mary Jane Miller from Stockton were also visiting there in Tulsa and stood as witness to their marriage. Returning to Missouri, Kem and Ila moved into his uncle’s old house outside Bear Creek, where they lived for 10 years before moving to their current residence west of Arcola.

After ending his partnership with Steve in the Chester White hog business, Kem and Ila began cattle ranching and crop farming west of Arcola. For a few years Kem was also a part time real estate agent for Century 21. After numerous years of harvesting various grains, and with deteriorating health due to the effects of polio, Kem gave up crop farming and focused on raising cattle. Kem and Ila spent many years working cattle and baling hay in the vicinity of Arcola and Bear Creek. Kem also attended Arcola Christian church during that time. Kem continued raising beef cattle until his passing.

Kem’s parents always encouraged him to never let his polio ravaged body keep him from doing what he wanted. This was evident in that Kem was determined to keep working cattle until his death, even as the long term effects of childhood polio weakened his body. He was known as a man of tremendous upper body strength, probably due to the many push ups and chin ups he did as a way to deal with polio weakened leg muscles. More importantly, Kem was known for his strength of character. His integrity, friendliness, and kindness to others earned him much love and respect from those who knew him.
Kem was preceded in death by his father Howard, his mother Virginia, and his older brother Steve. He is survived by his wife, Ila Sue Price of the home. He is also survived by his brother-in-law Terry Brooks and wife Vicki of Columbia, Missouri. Known as Uncle Kem to nephews and a niece, he is survived by John Brooks of St. Louis, Missouri, Adam Brooks of Summerville, South Carolina, Lisa (Adam) and Evan Smith of Ponder, Texas, and Matthew Price of Springfield, Missouri.