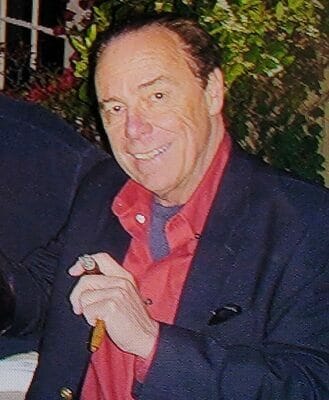 Larry Dale Russell, of Springfield, Missouri, departed this life on Saturday, April 30, 2022, in his home at the age of 75.
He was born on June 18, 1946 to Dale M. Russell and Elnora (Montgomery) Russell. Larry was the second of four children. Larry, even as a young child, always seemed to be motivated by a competitive spirit to achieve all he could, and he pushed himself to try to be the best at all he tried to do.

He grew up and attended school in Greenfield, Missouri, where he excelled in sports, most notably football and basketball. While young, Larry developed a love for the outdoors especially quail and duck hunting which carried throughout his life. He was also a lake enthusiast and spent many, many weekends water skiing on Lake Stockton throughout the 70s and 80s!

Upon graduation from high school, he went to Kansas City where he (with the help of his Uncle Richard) was able to get a job with the Missouri Pacific Railroad, as a clerk. After a short stint as a clerk he became an outside sales representative for the MoPac Truck lines, where he excelled as a salesman.

Larry later started a career as a real estate salesman and continued on that path for nearly 50 years. He started in Real Estate at the same time as two special friends, Douglas Gilliland and Steve Shumate. These three formed a “brother-like” bond which has lasted to this day!

During his time in real estate he relocated to Phoenix and then later to Rancho Santa Fe, California where he remained until he retired and moved back to Southwest Missouri in 2019.

Shortly after moving to Rancho Santa Fe he formed a “Cigar Club” of well over 20 members. Larry called this club “Groupo Cohiba” and this club grew and prospered for the entire time he lived in Rancho Santa Fe! Through this “club” Larry formed many friendships with members of this club that lasted the rest of his life.

Larry led a full life and took pride in being self-sufficient and meeting all of lifes challenges head on! He enjoyed the finer things in life and took great pride in introducing his friends and family to many things that they might have never encountered on their own!

Larry cherished his last years in Missouri where he was able to spend a lot of time with his brothers and nephews, Brandon, Shawn, and Levi as they made a lot of memories together!

Larry was preceded in death by his parents; his sister, Linda; and three special uncles, Kelt, Wayne and Richard.

Larry is survived by two brothers and their wives, Monty and Katherine, and Don and Monica. He is also survived by four nieces: Stephanie, Heather, Ravin, and Caitlin; five nephews: Kevin, Brian, Brandon, Levi and Shawn; and a host of great-nieces and great- nephews, cousins, aunts, and friends who will all miss him dearly.