Traffic on Current KCS Could More Than Double After Merger 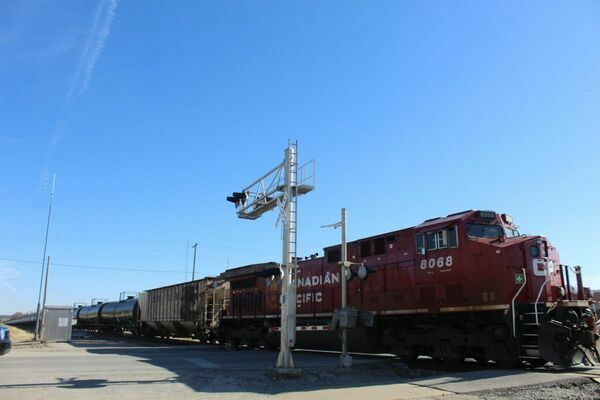 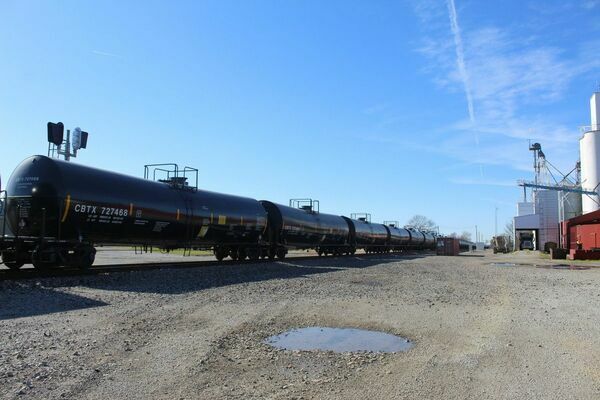 According to data contained in the 4,342 page, gigabyte-sized filing presented to regulators in the United States on Nov. 2, the Canadian Pacific Railway and Kansas City Southern Railway are anticipating train counts along the current KCS mainline south of Kansas City to more than double if the $31 billion merger of the companies is approved.

If approved, the merged railroad is anticipated to see daily trains increase from the current count of about 11 to about 25 on the Kansas City Southern’s route from Kansas City to Shreveport, La., which runs along the Missouri side of the border with Kansas in Vernon, Barton, and Jasper counties, only crossing the Kansas border to pass through Pittsburg, Kansas.

The traffic growth is anticipated to come from traffic taken from competing railroadsand by taking loads from trucking companies as previously unprofitable routing options become available. Some new traffic is also anticipated to be generated.

One of competing roads which could see some traffic loss is the BNSF Railway, which has a mainline from Kansas City to Memphis that cross its St. Louis to Tulsa mainline in Springfield, where it maintains a division headquarters at the former general offices of the old St. Louis-San Francisco Railway, more commonly known as “the Frisco.” The Springfield-based Frisco was acquired by BNSF predecessor Burlington Northern Railroad in 1980.

CPR+KCS is anticipating the opening of a new corridor for “intermodal” traffic (containers/trailers on flatcars) via the KCS hub at Shreveport from Dallas to Chicago and points beyond. Additional new services from Chicago to Gulf Coast ports is also possible, and service to points in Mexico via a KCS subsidiary would be the first such single-line service offered by any North American railroad.

Other opportunities for the shipment of automobile components and completed vehicles between various facilities in the U.S., Canada and Mexico via Laredo, Texas, to Chicago are anticipated, which despite being longer than competing routes, could offer competitive transit times via single-line service.

Perhaps of greatest concern to area residents is the potential for more oil trains traversing the KCS route, transporting bitumen or volatile synthetic crude processed from the Alberta Tar Sands formation to export terminals or refineries on the Gulf Coast. A new process to remove the most inflammable compounds from the synthetic crude could presumably make the transport of such cargo much safer and eliminate much of the environmental risk posed.

The two roads have already begun working together to move a few such trains carrying bitumen from Alberta to a refinery in Port Arthur, Texas – a port built by and named for KCS founder, Arthur Stilwell.

Shareholders of the two companies as set to hold meetings in December to vote on approval for the merger agreement, which would see the CPR-owned stock of the smaller KCS placed into a voting trust pending final approval of regulators, allowing CPR to proceed with the purchase to the benefit of current KCS shareholders. Kansas City Southern would continue to be operated at “arm’s length,” from Canadian Pacific as the merger application is processed. In the event the merger is not approved, the CPR would be required to sell the stock held in trust.

In addition to the shareholder approvals, the deal must receive approvals from Canadian, U.S., and Mexican regulatory bodies. The deal received approvals from two Mexican federal regulatory agencies at the end of last week.

Lockwood Banker Joins OMB as Manager at Bank of...

Lasaters Have Plans for Recent Investment in Do...