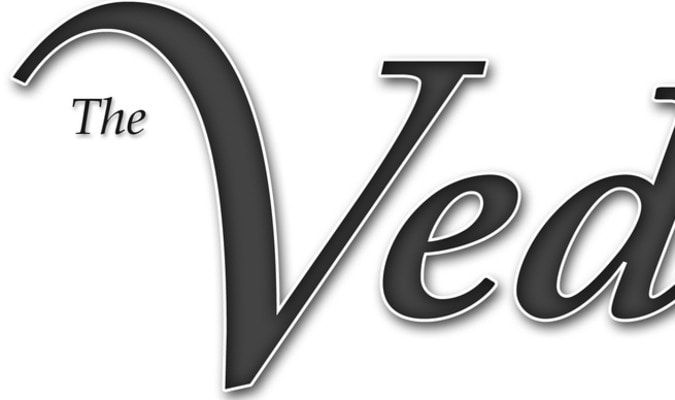 After over three years with Editor/Publisher Gina Langston at the helm, leadership at The Vedette is changing.

Melissa Little has been named general manager of The Vedette, in addition to her duties at The Lamar Democrat and a new regional role with parent company Lewis County Press. Other staff at The Vedette are taking on additional duties while Langston is departing to accept a position with another company.

“Melissa has a servant leader’s heart, and though we hate to lose Gina, we know she will do well in her new endeavor and wish her great success,” said Clarissa Williams, CEO and LCP co-owner.

“I have greatly enjoyed my time with the community here,” said Langston. “I try my best to leave things better than how I found them, and I believe I have accomplished that with The Vedette.”

Current Articles Editor/Reporter James McNary will become editor of The Vedette, while Designer/Composer Lavinia Thornhill will add the role of office manager. New advertising representative Rachel Lewandowski will split sales duties with familiar face Bob Jackson, adding advertising sales to his longtime role of contributing reporter to The Vedette. Carrie Renfro will be joining The Democrat staff to assist Little there.

Little will also serve as regional sales manager for LCP, assisting with projects at publications in Missouri, Oklahoma, Texas, Kentucky, Virginia, and Arkansas.

Earlier this year, Little was recognized as the 2021 Missouri Press Advertising Managers and Executives’ Account Executive of the Year, an honor for which she was co-nominated by Langston and Metzger. Little has previous recognition from the Barton County Chamber of Commerce with its “Volunteer Spirit of the Year” award, for work with the Democrat, Lamar Rotary Club, the Chamber, and Barton County Community Foundation; she was also named LCP employee of the month for April 2021.

“Melissa began working for the Lamar Democrat in September of 2013 and is an asset to the company. Born and raised in Lamar, Melissa knows and loves Barton County. Her smile and sense of humor are infectious as she meets with local businesses and their leaders. She truly does not know a stranger, which makes her a perfect candidate to be recognized for her ability,” said Melody Metzger, editor/publisher of The Lamar Democrat. “She is a current member and past president of the Lamar Rotary Club and a past board member of the Barton County Chamber of Commerce. She presently sits on the board of the Barton County Community Foundation.”

“We’re thrilled to promote Melissa and are confident her love for the southwest Missouri region, industry knowledge and work ethic along with her ability to build a winning team will shine,” said Williams. “Melissa was tasked with expansion plans for the southwest Missouri region due to her track record of success and her tenacious attitude in building upon our strong foundation. She was the obvious choice in filling the vacancy left by Gina. Vedette readers, advertisers, staff and leaders will come to know Melissa as we have – ready to tackle all challenges with a winning spirit.”

Metzger has also accepted an expanded role at LCP, as regional editor.

“Melody will assist with management training and facilitation of corporate readership initiatives,” said Williams. “She will work with reporters and editors as needed to develop skills promoting responsible, fair editing practices and community coverage opportunities. She’ll help extend our company brand influence with quality content that will increase our market share.”

Metzger and Little are familiar with The Vedette as the sister papers coordinate to serve Golden City and Lockwood, where coverage overlaps as a legacy of predecessors of both, including the Golden City Herald, Lockwood Luminary, and Dade County Advocate.

As editor of The Vedette, McNary will make decisions for coverage and assign resources for news, features and photos.

“James’s talent will continue to be in the forefront of your weekly Vedette news content,” said Williams. “He has proven his ability to be fair and forthright in writing and editing, with integrity and genuine sincerity for the community we serve.”

As longest-tenured member of the current Vedette staff and a previous LCP employee of the month, Thornhill brings a wealth of knowledge to the leadership team as she adds the role of office manager to her duties in composing and design.

“Lavinia has been selected for promotion due to her attention to detail and experience,” said Williams. “The entire team has a community-first, collaborative mindset, and is motivated to pursue excellence. Lavinia and James will collaborate with Melissa each week to bring the community a publication they can be proud of.”

Langston is leaving to become assistant director of advertising for The Joplin Globe Publishing Company, where she was employed before joining The Vedette in spring 2018.

“Those readers and advertisers who welcomed me three years ago should feel confident in doing the same with Melissa, Rachel and Bob. I have no doubt that they will be able to continue to build on the progress that James, Lavinia, and I have made,” said Langston. “Melissa and her new team have my support!”

Williams added, “Gina is a star and will excel in anything she undertakes.”

KCS+CP Merger Back On After Feds Block CN Prop...