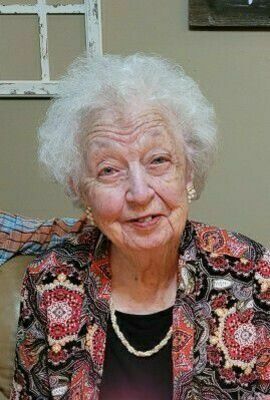 Esther Marie Tunnell, age 102, of Battlefield, Missouri, formerly of Mt. Vernon and Miller, Missouri, passed away peacefully, surrounded by loved ones, at 10:25 a.m. on Tuesday, November 2, 2021.

Esther was born on October 6, 1919, in Paris Springs, Missouri to Walter and Tressa (West) Berry. Esther was a lifelong resident of the Onward/Miller community until moving to Mt. Vernon in 1995.

She was united in marriage to William Howard Tunnell on October 19, 1941, in Springfield, Missouri. They shared 63 years of marriage, before his passing on December 18, 2004.

Esther was a homemaker where she worked hand in hand with her husband, Howard, on their farm in the Onward community and was also a retired bookkeeper with MFA Packing Company. Esther was an accomplished seamstress, quilter and cook and was well known for her cookies, pies and beautiful quilts. She was a member of the Ozark Prairie Quilters Club and Red Hat Society. Esther was a 4-H leader and taught cooking and sewing for many years. She was a longtime member of Onward Methodist Church, where she taught Sunday School and Bible School. Esther was a wonderful wife, mother, grandmother and great grandmother who gave of herself tirelessly.

A visitation will be held from 1:30-2:30 p.m. on Saturday, November 13, 2021, at the Fossett-Mosher Funeral Home, in Mt. Vernon, with a funeral service to follow at 2:30 p.m., in the funeral home chapel. Burial will follow at the Miller Memorial Gardens Cemetery in Miller, Missouri.

Memorial donations may be made to the Onward Methodist Church, in care of the funeral home.