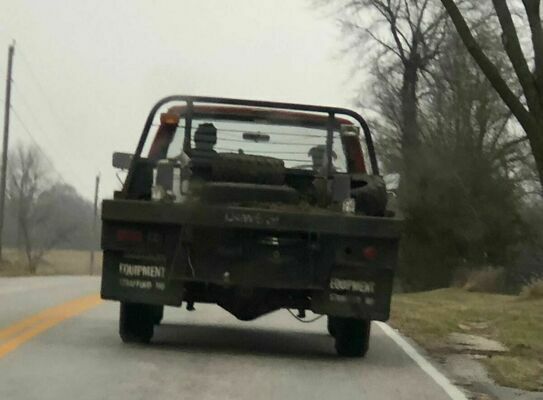 Jim was born in Ash Grove and attended Ash Grove schools. He was saved and baptized at Ash Grove First Baptist Church in 1955.

He served two years in the United States Navy. In 1971, he married Patricia Cox and together they raised three kids on their farm in Ash Grove. He worked as a farmer and had several hobbies throughout his life. He enjoyed fishing- running limb lines along Clear Creek and gigging. He also loved quail hunting with Brownie, his beloved bird dog who was almost human. He hunted arrowheads.

Anyone who knew Jim well, knew he was often his happiest when he was playing pool or cards. He was always outside taking care of something on the farm, whether it was his goats or tomatoes, checking cattle or putting up hay. Whether he was out working or driving in his truck, he always had a dog by his side. He loved to listen to classic country music -especially Porter Wagner, Hank Snow, and Vince Gill- or find a good deal on Saturday mornings listening to Tradio. He loved to tell stories especially to his grandkids, usually while slicing an apple to smear with peanut butter.

He will be missed by many and we will carry his memory in our hearts.

In lieu of flowers, please make a donation to the charity of your choice. A graveside service with military honors will be held in Ash Grove Cemetery on Tuesday, October 19, 2021 at 2 p.m. Services are under the direction of Birch Funeral Home, Ash Grove

City of Miller’s Washam to Retire After 43 Years