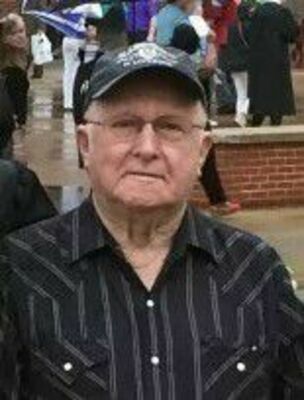 Sheldon Andrew Easson, of Lockwood, Missouri, departed this life on Monday, September 27, 2021, in the Good Shepherd Community Care and Rehabilitation Facility at the age of 92.

He was born on April 26, 1929 in Red Oak, Missouri, to Clair Davidson and Lena Mamie (Davis) Easson.

Sheldon served his country in the United States Army during the Korean War.

He was united in marriage to Nora Ruth Schilling on October 9, 1949 at the Zion Lutheran Church. Sheldon owned and operated Easson’s Sales and Service in Lockwood for many years. He also worked at and retired from United States Postal Service.

Preceding him in death were his parents, Clair and Lena Easson; his wife, Nora Ruth Easson; and two sisters, Annis Gillock Hixon and Kathryn Langston.

Graveside services were held at 10 a.m. on Monday, October 4, 2021, in Lockwood Cemetery. Friends and family were welcome to view and pay their respects at their convenience on Sunday from 12 p.m. to 5 p.m. in Greenfield Funeral Chapel.

In lieu of flowers, memorial contributions can be made to Lockwood American Legion Post #372.

Online condolences may be shared at www.greenfieldfuneralchapel.com. Services were under the care of Greenfield Funeral Chapel.

City of Miller’s Washam to Retire After 43 Years