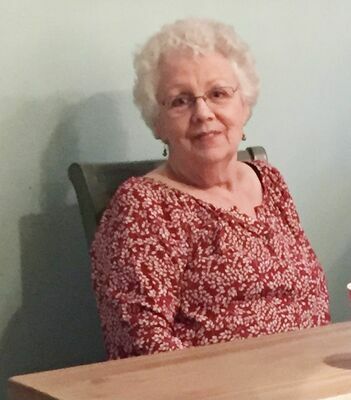 Wana Lee was born April 14,1935, in Stockton, Missouri. She was a graduate of Greenfield High School. She was united in marriage to Donald W. Ihrig on December 25, 1952, in Greenfield, Missouri. Together, Wana Lee and Donald spent 20 years in the United States Navy. Wana Lee spent her days as a homemaker, raising three children.

In her early married years, she learned to sew and often made matching outfits for herself, her mother, her daughter, and her daughter’s dolls. She also enjoyed painting, creating stained glass, and in later years, she made jewelry. She was a wonderful cook. One of her passions was baking bread, creating her own recipes, and passing her recipes on to loved ones.

She loved pink rosebushes, butterflies, hummingbirds and her precious kitty, Kittee Katt that she spent loving and spoiling for 16 years.

Wana Lee and Donald began their married life in Pensacola, Florida. She loved the beach and the sound of the ocean. Together, they had many return trips to Pensacola. They enjoyed traveling and had many trips to places such as Alaska, Canada, and all places west.

Wana Lee and Donald were together 70 years and married nearly 69 years.

In lieu of flowers memorial contributions may be made in Wana Lee’s name to Sinking Creek Church and Cemetery.