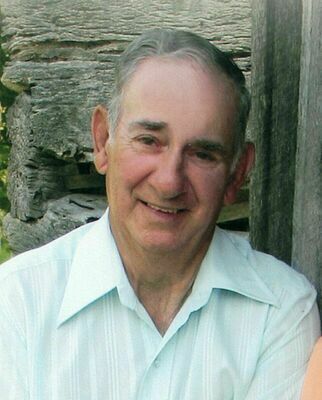 Jack Riley Freeze, of Aldrich, Missouri, departed this life on Saturday, September 4, 2021, in his home at the age of 85.

He was born in Dade County, Missouri, on January 17, 1936, the son of James and Lyndell Freeze. Jack was a graduate of Dadeville High School’s class of 1954.

Some time after high school, Jack became employed with what was the Quinn Coffee Company in Springfield, Missouri. There, he made many friends. He later retired from that company after 39 years.

Jack was a firm believer in Jesus Christ. He served as a deacon for the Bona Church of Christ ever since the 1970’s. His word was as firm as his deeds.

Preceding him in death were his parents, James and Lyndell Freeze; one sister, Mary Anna Freeze; one son, Jackie Freeze; and one grandson, Caleb Freeze.

Graveside services were held at 2:30 p.m. on Wednesday, September 8, 2021, in Bona Cemetery. Due to Covid-19, friends and family were welcome to view and pay their respects at their convenience on Tuesday from 12 p.m. to 5 p.m. in Greenfield Funeral Chapel, and a walk-through on Wednesday from 1 p.m. to 2 p.m. in the Bona Church of Christ.
Memorial contributions may be made to the Fair Haven Children’s Home. Online condolences may be shared at www.greenfieldfuneralchapel.com. Services were under the care of Greenfield Funeral Chapel.