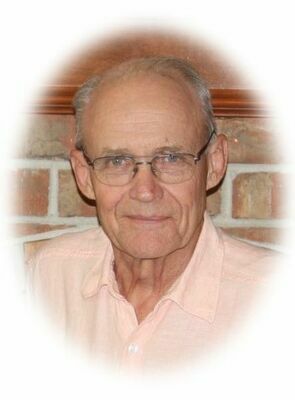 Ernest John Roseman, Jr. of El Dorado Springs, Missouri, was born in Lebanon, Missouri, on October 11, 1937 and passed from this world on Tuesday, August 10, 2021 due to complications of Covid-19. He was 83 years old. John was preceded in death by his parents, EJ Roseman, Sr. and Margaret Virginia Smith Roseman, as well as his only sibling Jim.

Early in John’s life his family moved back to the farm in Greenfield, Missouri, that his ancestors had farmed since 1836. John was proud of the fact that his nephew still farms the same land.

John studied at the School of Banking of the South in Shreveport, then moved his young family to Stamps, Arkansas to go to work at the Bodcaw Bank, and later to El Dorado Springs to work for Tri County State Bank. He retired from banking in 1999.

In 1991, John married Jean Pressly Fox, who preceded him in death nine years ago. Surviving John are his stepchildren Kevin Fox of Broussard, Louisiana; Kim and Dennis Vantellman of Schell City, Missouri; Kelly and Tim Swearengin of Rogersville, Missouri. Also surviving are Austin Fox, Abbey Fox, Jill and Barend Jones, Marissa and Nathan Smith, Krystle and Cecil Cooey, Jayce and Becky Vantellman, Isaac Swearengin, Caleb Swearengin, Corinne Swearengin, Griffin Swearengin, Emory Swearengin, and three great-grandchildren.
John was active in past years in the Jaycees, the Lion’s Club and the Eagles Club. He served on the board of the Cedar County Memorial Hospital, Sac Osage Electric Cooperative, and the Water District. He and Jean volunteered for the Missouri Conservation Department and were very active in the local garden club.
John grew up hunting and fishing and loved all things outdoors. He was proud to be a veteran. John came from a long line of farmers and school teachers, and taught his daughters the value of hard work and a good education.

In lieu of flowers, the family would appreciate donations in John’s name to Dogs Nation, 5810 N. Hwy 32, El Dorado Springs, MO 64744. Donations will support their work in rescuing dogs and training them as service animals for veterans and disabled children.