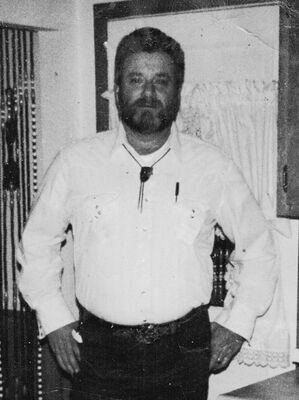 He was born on March 22, 1938 in Lockwood, Missouri, to Samuel Leo and Lela (French) Young. Roger grew up working hard on the farm just outside of Lockwood. He and his sister, Carol (Young) Pettibon, went to the one room school house called Golden Grove until it was time to transition to Lockwood High School. After school, Roger had a milk route he ran for awhile. He was honorably discharged from the United States Army in 1959, and ended up joining the Navy Seabees in 1963. Roger served his tour of duty from 1966 to 1967, and was honorably discharged in 1967.
He drove semitrucks for a little while until he joined the Operating Engineers Local 16B Union Hall in Springfield, Missouri, to work heavy construction. As grandpa said, “For 27 and a half years.”
Roger is loved, cherished, and missed. Grandpa had a jacket made that said on the back, “You can love me or you can hate me, but you’ll never forget me. Vietnam Vet.”

He was preceded in death by his parents, Samuel and Lela Young; his sister, Carol Pettibon; and his brother-in-law, Robert Pettibon.

Roger is survived by his wife, Sharon Young; his daughter, Arletta (Young) Roberts; and his grandson, Alan Young.

Graveside services were held at 11:30 a.m. on Saturday, June 26, 2021, in Pennsboro Cemetery. The family received friends on Saturday morning from 10 to 11 a.m. in Greenfield Funeral Chapel. Memorial contributions may be made to the Pennsboro Cemetery.
Online condolences may be shared at www.greenfieldfuneralchapel.com. Services were under the care of Greenfield Funeral Chapel.