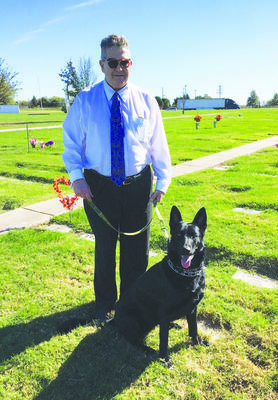 Mark Anthony White, of Greenfield, Missouri, departed this life on Saturday, June 19, 2021, at The Maples Health Rehabilitation Facility in Springfield, Missouri, at the age of 63.

He was born on August 19, 1957 to John Wilbur Lee and Dorothy Jeanne (Chambers) White. Mark grew up in Springfield and attended St. Agnes Catholic School. He loved to play basketball and enjoyed music. Mark also appreciated his Indian Heritage by attending powwows and Indian dancing in his teen years.
Mark was united in marriage to Robbin J. Hunter on May 1, 1976. To this union two children were born, A.J. and Hunter.

Mark graduated from the Dallas Institute of Mortuary Science in 1980. He has owned and operated Greenfield Funeral Chapel and Lockwood Funeral Chapel since January of 1984. Mark served as the Dade County Coroner for 24 years. He was a member of the St. Patrick’s Catholic Church and the Washington Lodge #87 A.F. & A.M. Mark had a special place in his heart for children, and those that might be down on their luck.
Preceding him in death were his parents, John and Dorothy White; his step-mom, Hazel White; one infant son, Hunter White; one brother, John Michael White; and one niece, Amber White.

Survivors include his son, A.J. White and his wife, Alyssa; his granddaughter that he loved more than anything, Sadie White; his most loyal German shepherd companion, Precious; one brother, Matthew White; six sisters: Dianne Stricklin; Susan Schwartz; Melinda Byers and her, husband, Randy; Melissa Mecuro and husband, Fred; Judith McManis and husband, Tom; Theresa Little; and a host of nieces, nephews, and friends.

Graveside services were held at 11 a.m. on Thursday, June 24, 2021, at Resurrection Cemetery in Springfield, Missouri.
Friends and family were welcome to view and pay their respects at their convenience on Wednesday from 10 a.m. to 7 p.m. in Greenfield Funeral Chapel.
In lieu of flowers, memorial contributions may be made to the Shriners Hospitals for Children. Online condolences may be shared at www.greenfieldfuneralchapel.com. Services were under the care of Greenfield Funeral Chapel.