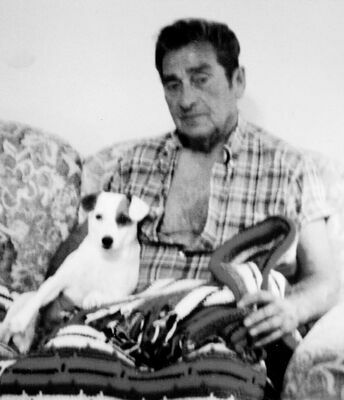 Joe Wayne Bowles, of South Greenfield, MO, departed this life on Wednesday, June 16, 2021, in his home after suffering a brief illness. He just recently celebrated his 83rd birthday on June 12, 2021.

Joe was born in Dade County, MO to Ernest and Ruby (Baldwin) Bowles. He attended the South Greenfield Grade School and Greenfield High School. Joe was united in marriage to Gloria Dean Swanson on June 24, 1957 in Harrison, AR. He worked many years for Johnson Grain Company in Nevada, and later Prestressed Casting Company in Springfield where he retired. Joe was a member of the Arcola Christian Church, and later the South Greenfield Baptist Church.

Preceding Joe in death were his parents, Ernest and Ruby Bowles; his brother, Tommy Bowles; his twin sister, Joyce Sherwood; and his great-granddaughter, Baylor Bowles.

Private family memorial services will be held at a later date. Memorial contributions may be made to St. Jude Children’s Hospital. Online condolences may be shared at www.greenfieldfuneralchapel.com. Cremation services were under the care of Greenfield Funeral Chapel.