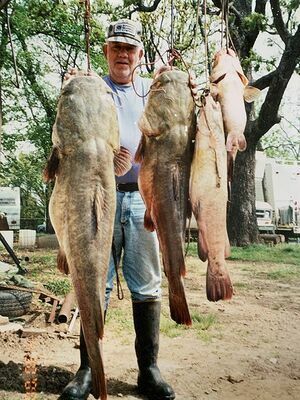 Ted grew up and attended school in Dadeville. He served on active duty in the Army of the United States from February 19, 1952 to January 16, 1954. Ted then went on and served eight more years in the army reserve artillery. Ted received decorations, medals, commendations, and awarded the national defense service medal and good conduct medal.

On June 3, 1956, Ted Vance and Christine Triplett were united in marriage and shared 65 years together. Shortly after marriage, Ted and Christine moved to California to work in the orchards picking oranges and plums. They started their family in California and after a few years they moved back to Missouri where they settled at Stockton.

They were blessed with seven children: Tony, Jerrylyn, Trudy, Kimmie, Judy, Claude, and Anita. Ted operated a bulldozer and built ramps on Stockton Lake, the parking lots at Truman Lake, and ran a dairy farm.

Ted loved spending his free time hunting, fishing, and camping. He also loved spending time in the kitchen cooking for his family. Above all, Ted enjoyed spending time with this family, especially his grandchildren, great- grandchildren, and great, great-grandchildren.He will be fondly remembered and greatly missed by all that knew and loved him. If you knew Ted, you can only imagine him in Heaven fishing for the big catfish.
Ted is survived by his wife, Christine; his loving dog, Penny; his children: Tony Vance of Stockton; Jerrylyn (Larry) Morgan of Ash Grove; Trudy (Allan) Chaput of Walnut Grove; Judy Ward of Valley Center, Kansas; Anita (Richard) Smith of Walnut Grove; 20 grandchildren; 37 great- grandchildren; eight great, great-grandchildren; other family and many friends.

Graveside services and military honors will be 2 p.m., Saturday, May 15, 2021 at Dadeville Masonic Cemetery, Dadeville, Missouri. Services are under the direction of Wilson-Griffin Funeral Home, Walnut Grove.

In lieu of flowers memorial donations can be made in Ted’s name to St. Jude’s Hospital.