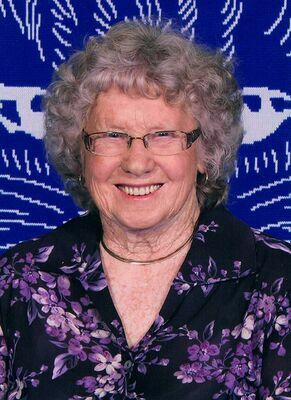 She was born on October 9, 1925 in Dade County, Missouri, to Bryan Jefferson and Goldie Mae (Gilmore) Lovely. Leona graduated from Greenfield High School in 1944. She was united in marriage to Richard Lee Wilkins on October 24, 1947.

Leona was a gracious lady and a friend to all. Her favorite day was Friday when her daughter, Linda, took her to Backwoods for lunch. She loved hanging out with her buddies there. In summer months, hummingbirds kept her smiling while sitting on her swing on the patio. Leona will be dearly missed by her family and friends.

Preceding her in death were her parents, Bryan and Goldie Lovely; and her husband, Richard Wilkins.