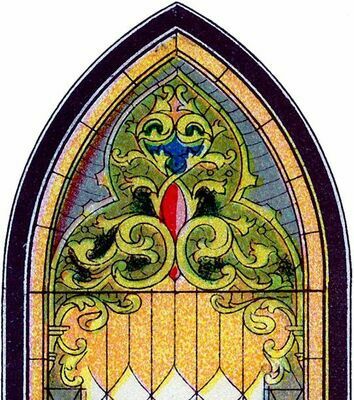 Roy Ellis Douglas, of Lockwood, Missouri, departed this life on Thursday, March 25, 2021, in the Good Shepherd Community and Rehabilitation Facility at the age of 88. Preceding him in death were his parents, Roy Alred and Inez Mabel (Russ) Douglas.

Born on August 29, 1932, in Oklahoma City, Oklahona, anyone who knew Roy Douglas soon realized he was his own man, from his blue-eyed Steve McQueen stare to his wild west Clint Eastwood spirit he could be a model for a Louie Lamour character. He had his code that he lived by, and as one of his favorite Frank Sinatra song proudly states, “I did it my way.” You could count on him to be consistent, to stand up for the underdog, and you could take his word to the bank.

Roy was the son of an oil worker during the Great Depression. As a boy, he moved over 50 times during his school years throughout the Oklahoma, Kansas, Louisiana, Colorado, and Texas oil fields. He would always remember his mom saying, “Get your dog and get in the car, Roy. We’re moving.” Everything they owned fit in the backseat of the family car. Perhaps it was this nomad life that forged his independent nature. He moved a total of 75 times in his lifetime.

Enlisting in the U.S. Navy as soon as he turned 18, he toured the Pacific on the U.S.S. Bairoko, a commencement bay-class escort carrier providing ground support during the Korean War. During his tour, he was present at the Bikini Island H-bomb tests from the deck of his ship. Roy said that the bomb test and the assassination of John F. Kennedy were defining historical events during his lifetime.

He met his wife, Bonny Lee Daniel, while on leave visiting friends and family in Midland, Texas. He and Bonny soon married, October 17, 1953. He finished his Navy tour that next year and went to Texas A&M on the GI bill graduating with a Bachelor of Arts degree in business with a major in accounting after first pursuing veterinary medicine.

After graduation, the couple moved to the mountains of Utah. His first child, Amy, was born in Salt Lake City. Then Texas called him home. The little family moved to Fort Worth, then Belton where his second and third children, Nancy and Jake, were born. In Belton he managed one of the Mabee ranches for Guy Mabee, then moved the family to Midland, Texas, to manage the Mabee ranching operations office there. After a few years out west, the family moved east to the piney woods of Palestine, Texas, where all three children graduated high school.

In Palestine, Roy worked for the Upper Neches Municipal Water Authority managing the Lake Palestine reservoir. He oversaw the relocation of that office from Palestine to Frankston, Texas, and the 1969-1972 enlargement project. He retired as general manager in 1994 after 27 years of service. Roy was also an active member of the Rotary Club and the St. Phillip’s Episcopal Church in Palestine.

Like his heroes Ernest Hemingway, John Steinbeck, and Teddy Roosevelt, he loved a drink, a story, and an adventure. As if training for a James Bond role, he was a deep-sea diver, flew gliders, skied, raced motorcycles, studied judo and karate, ran trails, explored the desserts of Texas and Nevada, built and navigated a boat from Texas to Florida on the intercoastal waterways, and took safaris in Africa. He was a wood carver, a gunsmith, and a nationally and internationally recognized long-range shooter achieving a top 10 ranking status. An avid reader, he easily swept the competition during family trivia or Jeopardy games. Like one of his favorite Tom T. Hall songs goes, he loved old trucks, Airstream trailers, fast cars, Willy jeeps, babies, and animals.

Beyond all this though, he was a loyal husband for 68 adventurous years and a standup father to his children who respected, loved, and never wanted to disappoint him. His grandchildren describe him as cool and aloof. They remember walking with him to feed his “pet” alligator on his shared hunting lease in east Texas, fishing on his land in rural Nevada, driving around in his semi-restored Willy jeep with “bucket seats” (literally a bucket for a seat), and learning to shoot with him.