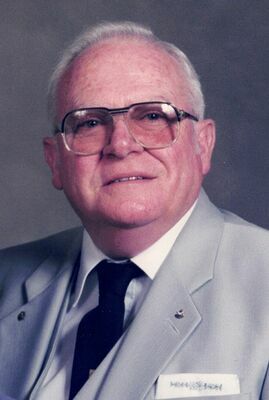 Harvey Lee Hayes, of Willard, Missouri, departed this life on Sunday, January 17, 2021, at the Township Senior Living Facility in Battlefield, Missouri, at the age of 86.

He was born on July 25, 1934 in Lockwood, Missouri, to Whitfield and Elizabeth (Black) Hayes. Harvey graduated from Lockwood High School. He served in the Army National Guard during the Korean War in the Tank Division for several years.
Harvey was united in marriage to Jacqulyn L. “Jacky” Welch on January 22, 1954 in Lockwood, Missouri. He operated two Lockwood Service Stations.

Harvey worked for the Santa Fe Railroad for 25 years in southern California after moving from Lockwood, Missouri. He survived a railroad accident in 1984, and retired in 1986. Harvey and his wife, Jacky, enjoyed touring the United States in their motorhome for nine years.

Preceding him in death were his parents, Whitfield and Elizabeth Hayes; and one son, Racey Gene Hayes.

Graveside services will be held at 10 a.m. on Saturday, January 23, 2021, in Collins Cemetery. Memorial contributions may be made to Terrace Hospice. Online condolences may be shared at www.greenfieldfuneralchapel.com. Services were under the care of Greenfield Funeral Chapel.

Shouse Recognized for 47 Years of Service