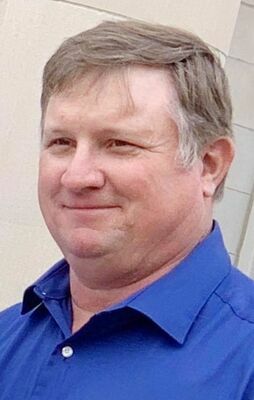 Timothy “Tim” DeOrnellis, 55 of Walnut Grove, Missouri, went home to be with Jesus on Saturday, January 16, 2021. He was born on March 21, 1965, in Moberly, Missouri, to Thomas and Roberta (Clarke) DeOrnellis. On June 6, 1987 Tim and Glenda Bergmann were united in marriage and shared over 26 years together, before Glenda’s passing on August 10, 2013. On October 6, 2018, Tim and Marlene Scoles DeOrnellis were united in marriage.

Tim was the pastor of The Church of God at Eudora, Missouri, a farmer, and worked for 22 years with Greene County Road and Bridge Department, where he was known as “Bull,” for his brute strength. He loved working with all kinds of equipment, but Chevy trucks were his favorite.

Tim enjoyed being outdoors, whether it was hunting, fishing, or cutting wood for others. Tim was a hard worker, he was always doing something, and often it was for someone else.

Tim is preceded in death by his first wife of 26 years, Glenda DeOrnellis; father, Tom DeOrnellis; brother, Thaddeus “Thad” DeOrnellis; and father-in-law, Robert “Bob” Bergmann.
Visitation will be from 6 - 8 p.m.M on Friday, January 22, 2021 at Eudora Baptist Church, Walnut Grove, Missouri. Funeral services will be 9 a.m., Saturday, January 23, 2021, at Eudora Baptist Church with burial to follow at Eudora Cemetery, Walnut Grove, Missouri.
In lieu of flowers memorial donations can be made to The Church of God at Eudora, Missouri, Building Fund and may be left at the funeral home.