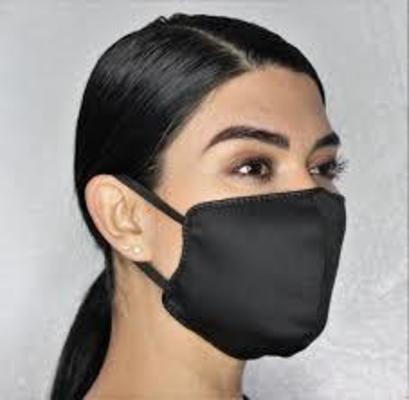 All school districts in Dade County now have in place masking requirements for all students in grades kindergarten through 12th grade following meetings of their respective boards of education last week.

Following a special meeting of the Dadeville R-II board on Nov. 16 to adopt the new procedures being allowed by the state authorities, the Greenfield R-IV district was the second to adopt the procedures on Nov. 18, followed by Lockwood R-I on Nov. 19. Supt. Mike Wallace of Everton R-III said that that district already had a masking requirement in place for all of its students at the beginning of the current school year.

The new procedures allow for modified quarantining of students potentially exposed to the Coronavirus that causes COVID-19, allowing them to remain in class as long as a mask mandate for all students is in place.

During its Nov. 18 meeting, the Greenfield R-IV board also decided on a number of other items, including a return to 8-man football for the athletics program and a financial transaction that will save the district a substantial amount of money.

Following brief discussion during the Oct. 21 meeting of R-IV board, it was decided to return to an 8-man football program after a difficult return to an 11-man program for the past two years.

“Going back to 8-man is a conversation I’m willing to have,” Supt. Chris Kell had said during that meeting.

Greenfield’s previous, short-notice adoption of an 8-man football program several years ago was just one of the precipitating factors that led to the disintegration of the Spring River Valley Conference in 2018, just as the district was preparing to return to an 11-man schedule. Concerns regarding which districts could continue to maintain 11-man football programs, which tend to be the major sport driving conference affiliations, saw a number of SRVC schools leave to join with members of the Mid-Lakes Conference and form the new Southwest Conference, leaving remaining SRVC members to scramble for new affiliations. The Greenfield R-IV district has been without a conference since that time, and has had to compete as an independent.

With many of the teams in the WEMO Conference now having moved to 8-man programs, the ability to play other teams in the area and potentially even to join a conference now seems within the realm of possibility. Former SRVC members Jasper and Liberal now compete as full members in the WEMO Conference, which spans the western border of Missouri from those schools to just south to Kansas City in Cass County.

A financial transaction for certain bonded debt incurred by the district was also approved by the board.

“We also voted to refinance our bond; this should save us around $250,000,” said Board President Renee Meents.

In other business before the R-IV board:

Routine bills and transactions were approved via the consent agenda procedure.

Updates to the roster of substitute teachers were approved.

Various departmental were given to the board.

Building level reports were presented to the board by the school principals.

An update was also seen on the repairs to hail damage on school building roofs that had begun in the past couple weeks.