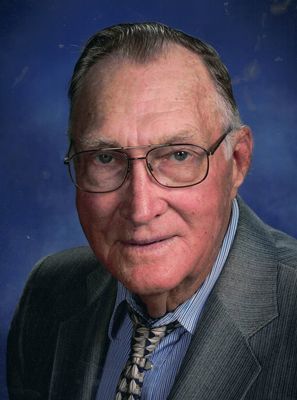 Kenneth L. Banta, of Lockwood, Missouri,, departed this life on Monday, August 31, 2020, at Mercy Hospital in Springfield, Missouri. at the age of 86.

Kenneth was a lifelong grain and cattle farmer. He was a member of the Golden City Christian Church and the Lockwood American Legion Post #372. Kenneth enjoyed dancing and trail rides.

Funeral Services will be held at 10 a.m. on Saturday, September 5, 2020, at the Golden City Christian Church. Burial follows in Pippenger Cemetery.

Friends and family are welcome to view and pay their respects on Friday evening from 6 to 8 p.m. at Greenfield Funeral Chapel.
Memorial contributions may be made to the Dade County R-IV Fire District or to the Golden City First Christian Church.
Online condolences may be shared at www.greenfieldfuneralchapel.com. Services were under the care of Greenfield Funeral Chapel.