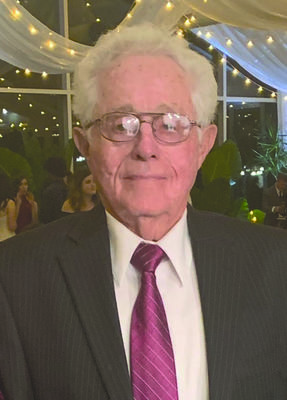 Lynton Lee Hawks, of Lockwood, Missouri, departed this life on Monday, August 31, 2020, at Mercy Hospital in Springfield, Missouri, at the age of 85.

He was born on December 3, 1934 in Dade County, Missouri, to Drury and Ora (Johnson) Hawks. Lynton graduated from Lockwood High School. He served his country in the United States Army, and was stationed in Germany during the Cold War.
Lynton was united in marriage to Jane Ann Scroggs on May 29, 1964 in South Greenfield, Missouri. He lived and worked in the Kansas City area before retiring and becoming a full time rancher. Lynton was a member of the Immanuel Lutheran Church.

Preceding him in death were his parents, Drury and Ora Hawks, and one brother, Lyle Hawks.

Funeral Services will be held at 11 a.m. on Friday, September 4, 2020 in Immanuel Lutheran Church. Burial will follow in the Lockwood Cemetery. Family and friends are welcome to view and pay their respects on Friday morning at 10 a.m. until service time in the church.
Memorial contributions may be made to the Immanuel Lutheran Church.
Online condolences may be shared at www.greenfieldfuneralchapel.com. Services were under the care of Lockwood Funeral Chapel.