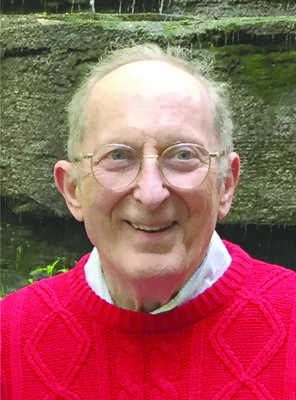 Arthur (Art) Owen Cromer, 83, of Louisville, Kentucky, died August 25, 2020. He was the husband of Virginia Burns Cromer, formerly of the Lockwood community.
Born December 7, 1936 in Chicago, Illinois, to Carl Crawford Cromer and Laura Virginia Clements Cromer, Art spent his formative years enjoying Boy Scouts, YMCA and Junior ROTC. He entertained the neighbors with magic tricks and sleight of hand.
After graduating from Illinois Institute of Technology, Art entered the U.S. Navy where he proudly served in the North Atlantic on the USS Mills (DER-383), from June, 1958 to December, 1961, ending his tour as a Lt. Commander. He enjoyed attending ship reunions for many years.
Art was a lifelong learner whose curiosity was rarely satisfied. In the early days of computing when mainframes filled a room, Art forfeited sleep to get late-night computer time. After a post-graduate degree at Purdue University, Art joined University of Louisville in 1969 and spent a 30+-year career helping faculty and students use computers and statistics to analyze their data.
Art was a member of Highland Presbyterian Church for fifty years, serving as an elder and singing in the choir.
Giving back was a part of Art’s life. For many years, he recorded textbooks for Recording for the Blind. He also regularly donated blood plasma through apheresis. A founding member of the Bonnycastle Homestead Association, he was an active neighborhood leader for many years and eagerly provided energy and enthusiasm for block parties and neighborhood projects.
Art so enjoyed sharing Kentucky with international guests. For many years the Cromers opened their home, especially at Christmas, to international college students who ultimately became friends. A special family with whom the Cromers shared occasions for over twenty years are Drs. Ling and Matthew Qiu and sons, David Qiu and Dr. Charles Cui.
Art was a beloved husband of 55 years, father and brother. He is survived by wife Virginia (Ginny) Burns Cromer, sister Evelyn (Lyn) Ghiselin, daughters Carolyn Cromer (Dean Adams) and Alison Cromer (Rick Lucas), grandsons Boone and Charlie, sister-in-law Carolyn Burns Foster, nieces Valerie Pontiff and Courtney Anaya and their families.
Art bequeathed his body to U of L Medical School. The family will have a private service with a celebration of life to be held at a later date.
The family would like to extend their deepest gratitude to the Nazareth Home Highlands and Hosparus Health Team for their loving care and compassion.

Expressions of sympathy may be sent in his memory to:

Note: Art grew very attached to the Lockwood community over the many years that he and Virginia visited her parents, Clarence and Thelma Burns.