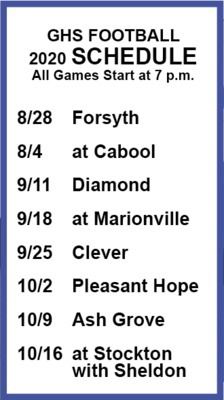 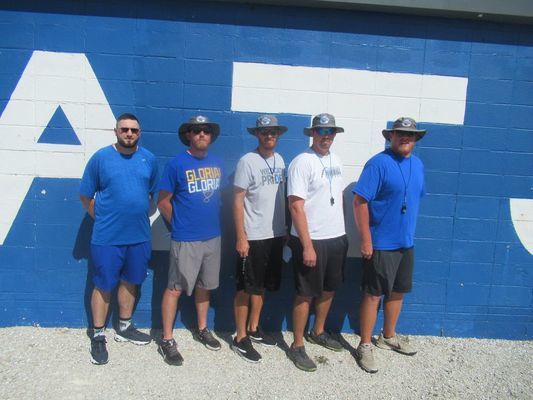 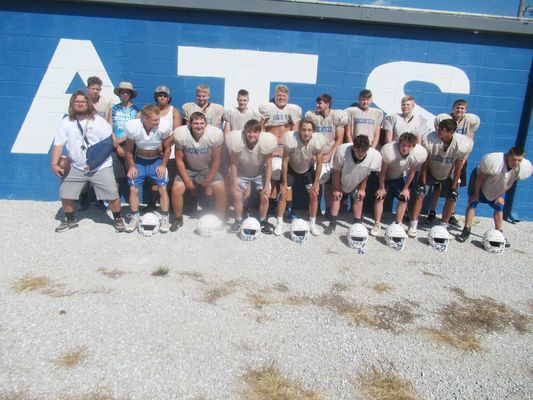 The Greenfield Wildcat football team went 1-8 in 2019 with their lone win against winless Pleasant Hope, but are hoping to put together a winning season in 2020.

GHS Coach Justin Breedlove, a Lebanon High School grad and Evangel University football player, begins his third year as GHS football coach and has only 20 players out for the team.

Greenfield will drop their wide open offense and play grind-it-out football with a big offensive line averaging 254 pounds with key linemen returning from last year’s team. The Wildcats will need to improve on defense as well, giving up 410 points last season. Linemen Jacob Fezell, Aaron Mathews, James Dardene, Antonio Anaya and Jimmy O’Neal will be the key to the Wildcat offense scoring. Carrying the ball will be Dustin Harmon and Brad Reid, both seniors, and junior Tyler Howard. With the small number of players, most will play both offense and defense.

Greenfield plays an independent schedule and opens the season Friday, August 28, at Forsyth in the school’s fourth year of varsity football. Home games are scheduled against Diamond, Lockwood, Ash Grove, Pleasant Hope and Clever. It is the first varsity season of football for Clever as well.

Away games are scheduled at Cabool, Marionville and Stockton. The Wildcats will know their Class 1 district assignment on September 18 from the MSHSAA.