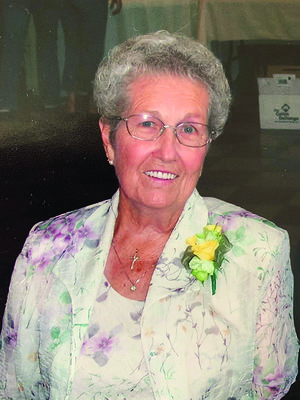 Lucille was born January 3, 1930, the daughter of Jinks and Ada (LaFollette) Keatts in Billings, Missouri.

Lucille was an avid gardener of many different types of plants and flowers. She was a member of the Jolly Homemakers Club, Everton Booster Club, and American Legion Auxiliary. She also collected Precious Moments.

Lucille was active in the Everton Christian Church for as long as her health allowed and was involved with many activities there. Lucille adored her family and loved spending time with them.

Lucille and Charles D. Vandegrift were united in marriage on May 16, 1948. To this union two children were born. They shared over 63 years together, before Charles’ passing in 2012.

In lieu of flowers, memorial donations can be left in Lucille’s name to CMH Hospice or Ash Grove Health Care Facility and may be left at the funeral home.