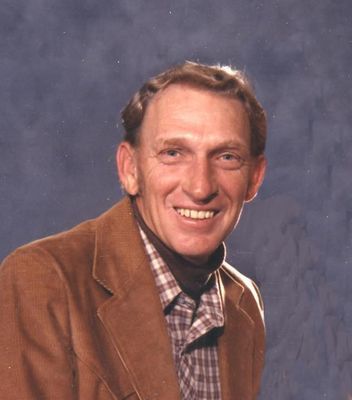 Harry Lester Beckley, Lockwood, Missouri, passed away on Friday, August 21, 2020 after his battle with lung cancer at the age of 83. He was also lovingly known as Harry Lester, H.L., Homer, Dad, Daddy and Papa. Although he is gone from this earth, he will never be forgotten.

Harry was born January 6, 1937, in Jerico Springs, Missouri, to his parents Ray and Bernice Beckley. He graduated from Stockton High School, Class of 1954 and attended Missouri University in Columbia, Missouri, for two years before joining the Air Force. He was stationed in Guam with Air Rescue.

He married Norma Lou (Rector) in 1958 in Miami, Oklahoma and moved to Offutt Air Force Base in Nebraska where he was in the 544th Recon Tech GP (SAC). In 1960 they moved to Lockwood, Missouri, where Harry began his career at MFA Farmers Exchange. He worked up through the ranks and retired in 1975 as General Manager. Through the years he enjoyed visiting with the local farmers and their families and the truckers that hauled grain for the community.

In 1972, they moved to Jerico Springs, Missouri, where Harry started farming and raising cattle (his lifelong dream) part time until he retired from MFA in 1975. Then he enjoyed farming full-time, his family and an occasional bird hunt with one of his many favorite bird dogs.

Harry retired from farming in 2012 and moved back to Lockwood, Missouri. He was a huge St. Louis Cardinals fan and loved to talk the ‘Cards’ with other fans and family. He was known to give unsolicited coaching advise along the way.

He is preceded in death by his parents Ray and Bernice Beckley and one brother, Bill Beckley.

Graveside service will be held at the Brasher Cemetery, north of Jerico Springs, Missouri on Monday, August 24, 2020 at 11 a.m., under the care and direction of Bland-Brumback Funeral Home, Stockton, Missouri.

In lieu of flowers, please consider donating to “The Crossing” in care of the United Methodist Church, Lockwood, MO; 417-232-4728.

John 3:16: For God so loved the world that he gave his only begotten Son, that whosoever believeth in him should not perish, but have everlasting life.