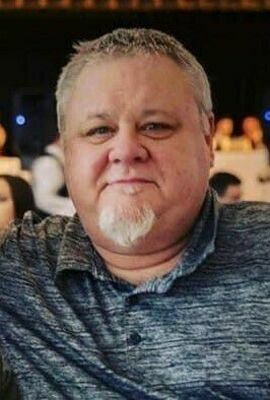 Jeffrey Lewis Morrow (Doughboy), Greenfield, Missouri, passed away on Wednesday August 11, 2021 at the age of 54.

He was born on November 25, 1966, in Springfield, Missouri, to George and Geneva (Mallory) Morrow. He graduated from high school in Greenfield, Missouri, in 1985. He worked for O’Sullivan Industries and then went to work for John Deere Reman where he has worked for the last 17 years.

He was a jokester who enjoyed scaring people and a good cook who enjoyed cooking for large crowds. Jeff enjoyed going to the family farm in Greenfield and will be remembered as a great and caring father and grandpa.

He is preceded in death by his father, George Morrow; and his son-in-law Henry Morschheimer.

The family will have a memorial service at a later date. The service information will be updated at Konantzwarden.com once a date has been scheduled.